Oscar Blanco.
Heredia, Costa Rica OscarMultipro (Skype) I would love it if you stop by to say "hi", or "thanks" (if you have use for any of the free stuff), or simply follow me on my Social Media platforms.
SKETCHTOON Illustration Portfolio by Oscar Blanco / American Ninja Gym Concept 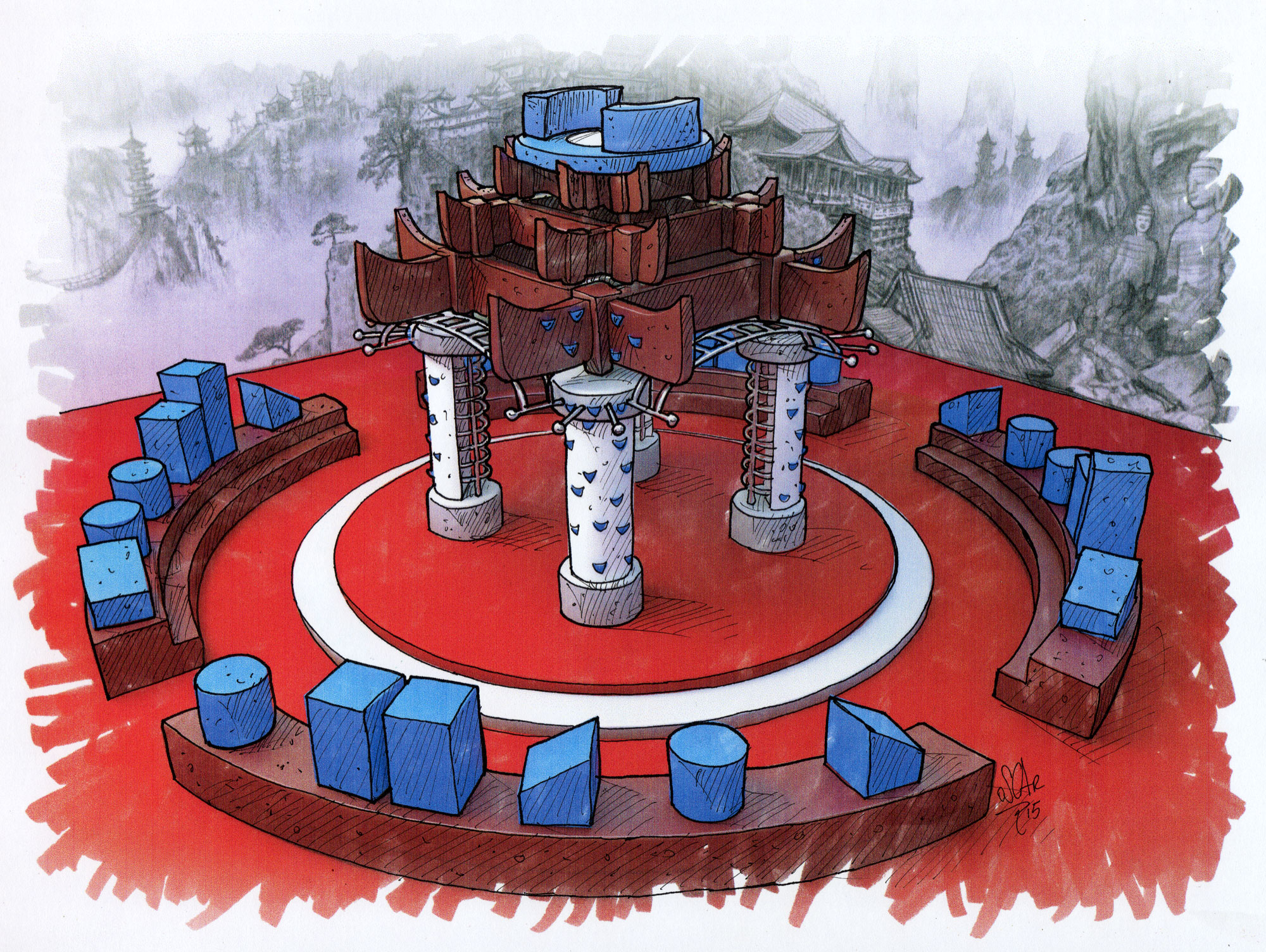 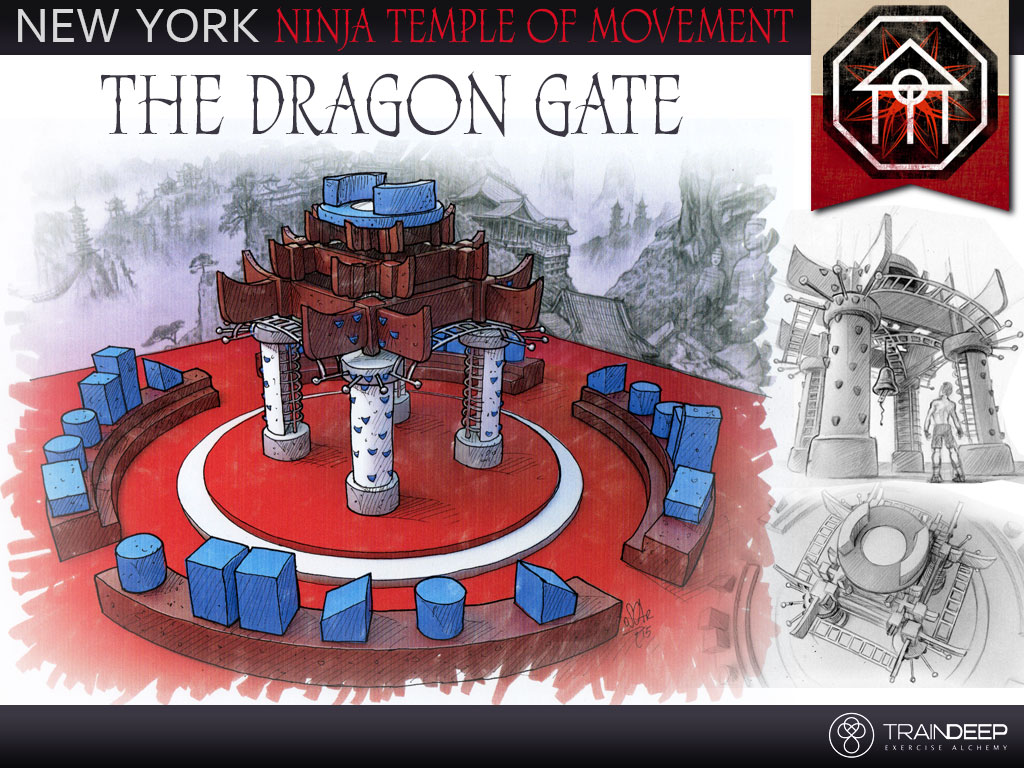 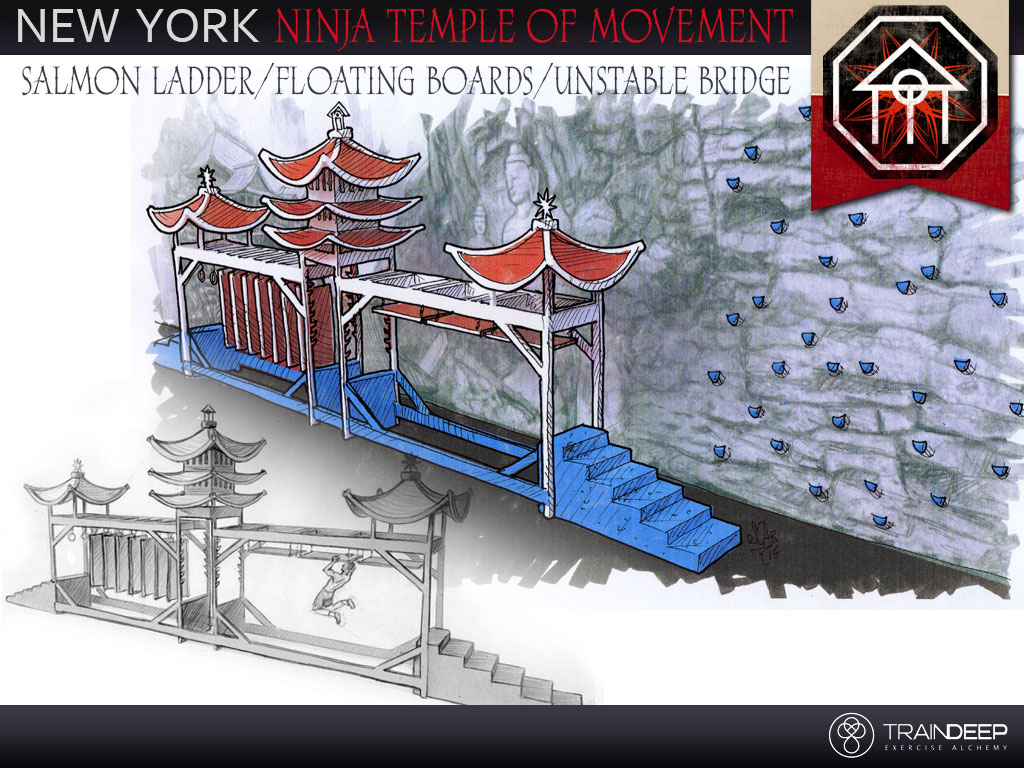 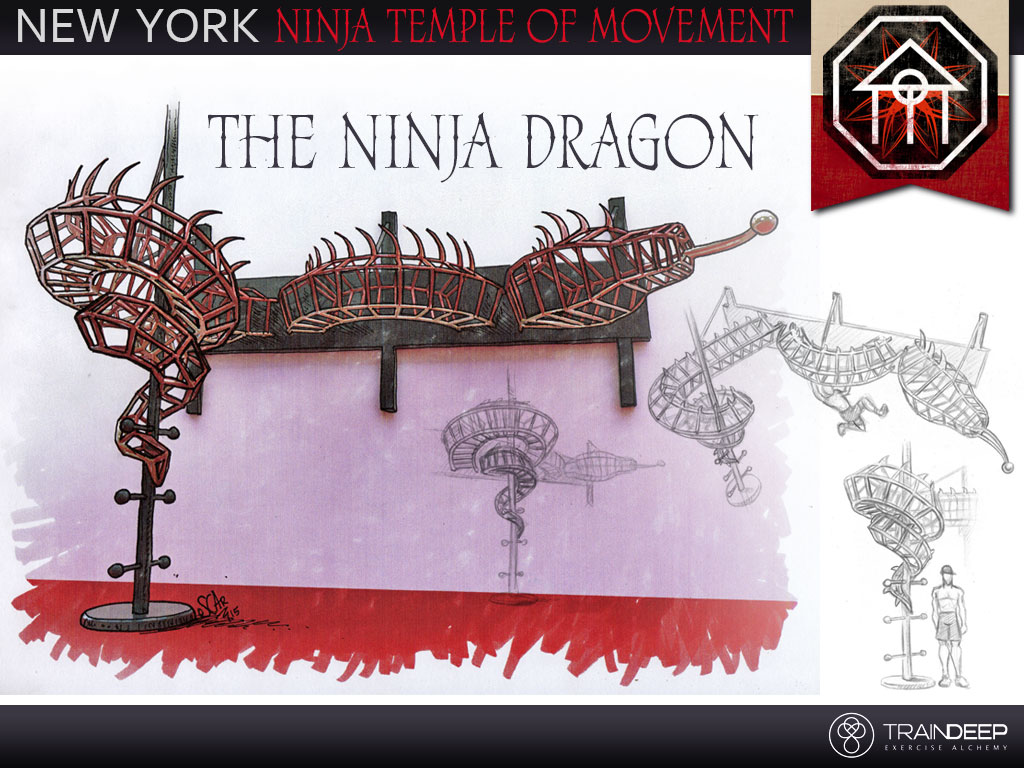 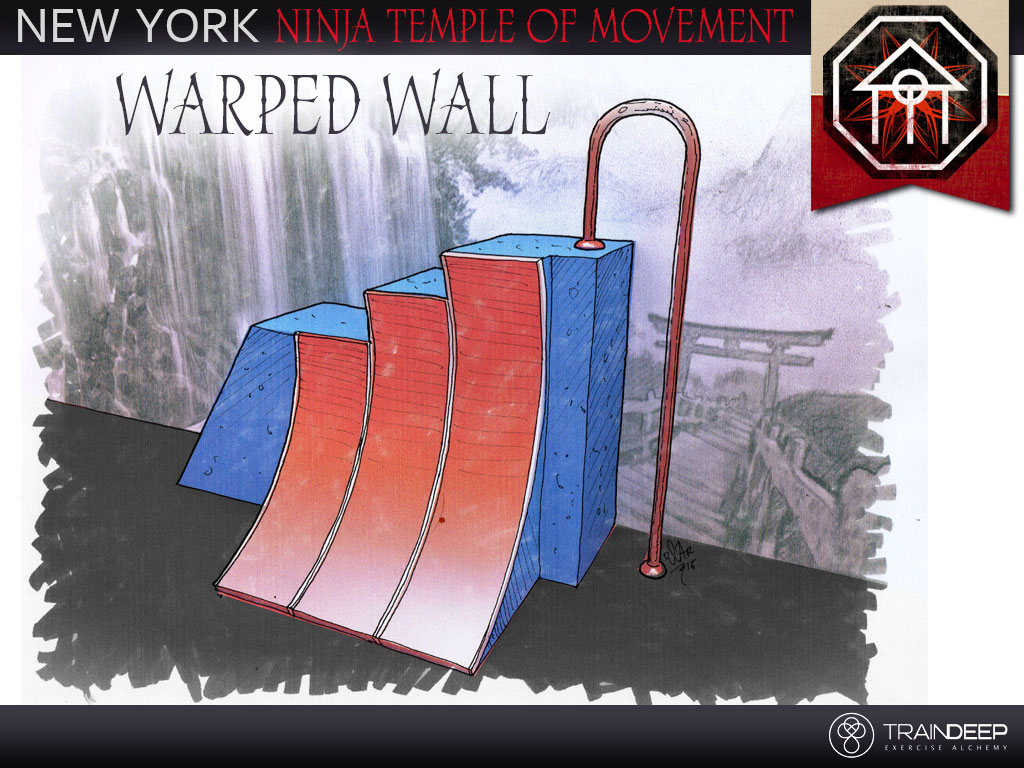 This was a really interesting, but most of all challenging project (I love those!).
The client needed concept art for an American Extreme Ninja gym, with some unique and also traditional obstacles, like the ones you see on American Ninja tv shows. He had an idea of what he wanted, but he needed me to turn it into a visual concept. And not only that, make it something that could be built.

He also wanted the gym’s walls (three out of four) to have a mural on them. Something like an oriental scene you would see in a ninja/martial arts saga. Something out of Fantasy.
Now, that in itself was a challenge, because the projected area is LARGE. The mural walls, each of them, have to be 75’x25′!
Of course at this stage, it’s just about the concept art. But I also had to make something that would work as a PANORAMA.
Talking about the concept, because one of the obstacles is what he calls “The Ninja Dragon”, which is a dragon shapped obstacle you can climb, and this “dragon” had to be going in and out of the wall. I thought it would be a really neat idea, if the Panorama Mural could interact with it. So I came up with having a waterfall right where the “dragon” goes in and out of the wall. Flying but also swiming through the waterfall.
Also, on the other side of the Gym, I would draw a rock wall, which would have hand/foot holds so you could actually climb the “virtual” rock wall.
For the rest of the Panorma, I decided it would be a looking-down perspective. Like if the Gym was on a mountain top. You know… some secret Ninja Monastery type of concept. There would be a lot of cool shaped mountains, and myst. The lighting would be from one side, sunset or dawn.

There was also another unique structure, in the center of the arena. A temple-like structure, that should be climbable. At the very top, a platform where a DJ could work his magic. It would also serve as a special place for meditation for those who would climbe the temple and want some time to work on their minds as well as their bodies. I also suggested, where he, or other experts (he’s an extreme athelete himself) could lecture the apprentice ninjas.
So additional to his temple idea, I thought it would be great to have an amphitheater like circle (circles are important, for this whole place is also about ZEN), and those anphitheater seats would be in a gym cushion-like build. Made in sections, that you could also remove. And I decided on adding basic geometric shape obstacles, so the circle of seats, could also be an obstacle cours when it’s not used as an anphitheater.

About the “dragon”, I thought it best to have it made entirely of tubes, so the whole structure is like one giant monkey bar. Including a coiling tail, so the ninja apprentice can climb from the ground up, move across the “dragon’s” body, up to the snout, and then back again. Additionally, I worked on already existing obstacles, like the Warped Wall, The Salmon Ladder, The Floating Boards and The Unstable Bridge.
Of course, more obstacles could be added, but it’s important to not kill the effect the Panorama mural adds to the whole place. You don’t want to clutter the Arena.

Finally, I prepared everything for his Power Point presentation to possible investors, or for a KickStarter campaign.Both my customer and myself where very satisfied with the final results. In the future, if he gets  his funding,  I could be in for one of the biggest art projects I’ve ever done: A 225?x25? Matte Art -like illustration! 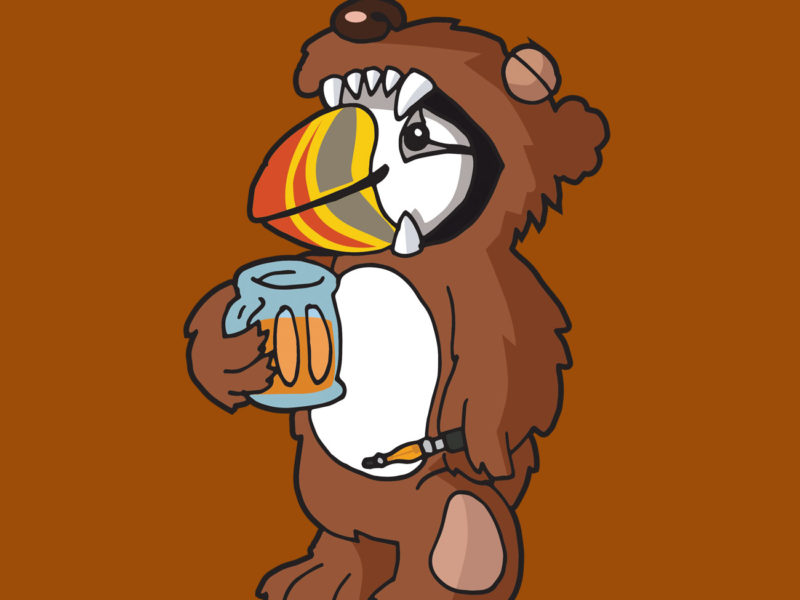 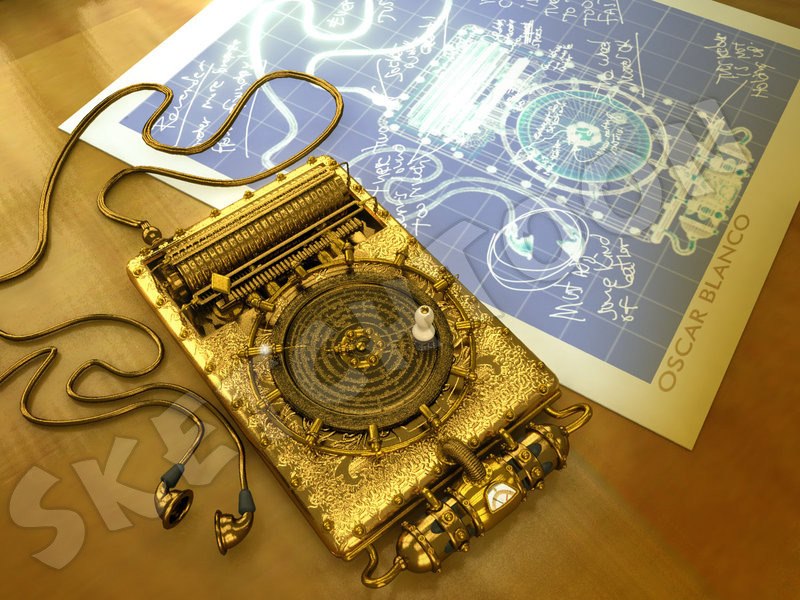